A global African television studio is weeks away from opening in Orlando.

Afrotainment is putting the finishing touches on its multi-million-dollar studios and production facility in the heart of Orlando’s tourist district next to the Titanic attraction in the 7300 block of International Drive, near Carrier Drive. 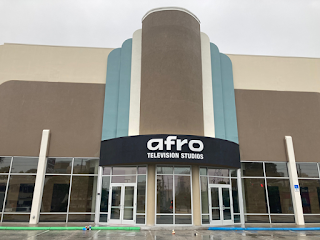 Led by Yves Bollanga, a former IBM software engineer and Cameroon native, the network produces and broadcasts films, talk shows and comedies. Mr. Bollanga anticipates the studio will be open for business by the end of this month.

The Afrotainment TV content can be found on Dish Network, DirectTV, Verizon FiOS, Haiti HD, Xfinity, Roku, Apple TV and Amazon Fire TV. However, it is difficult to receive this content most cable systems in Orlando, but Mr. Bollanga and his team are in negotiations to make it easier for Orlando residents to enjoy the programming.