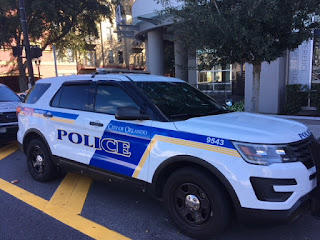 Commonly called a Brady List, these officers have been identified as untrustworthy by prosecutors because of internal investigations and other matters. These lists must be provided to defendants and their attorneys.

You should check this list in case you’ve had negative encounters with these cops because it may give you grounds to get charges dropped or clear your name.

In a statement, OPD wrote that the following officers “completed lengthy discipline processes.  Some of these officers did go through the arbitration process to refute the discipline imposed by the Orlando Police Department, and as a result of that process, the arbitrator ruled against the Department and reduced discipline or reversed terminations.”

“The officers on the Brady List who remain employed at OPD are in good standing and maintain their law enforcement officer certification from the State of Florida.  Those officers, along with the current 778 members of this agency, will be expected to continue performing their duties in keeping with the Department’s high standards,” OPD wrote in the statement.