Ocoee's racist mayor is up to his old tricks


The racist mayor of Ocoee is up to his old tricks – insulting black people and trying to ruin the 100th anniversary memorial of the most infamous racial atrocity in Orange County history. 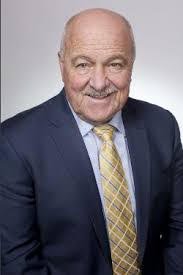 More fireworks on this topic are expected at the next City Commission meeting this coming Tuesday (Aug. 4th), starting at 6 p.m.

Bracy attended the July 21 meeting to discuss plans to commemorate the 100th anniversary of the Ocoee Massacre when racist whites attacked black residents and killed them or drove them out of town. Whites were jealous that some black residents were becoming prosperous.

During the 1920 rampage several hundred black Ocoee residents were murdered; their homes were burned, property was stolen, black survivors were chased out of the town. July Perry, a prominent black resident – a businessman and a landowner -- was lynched during that bloodbath.

Sen. Bracy attended the city commission meeting to ask city leaders to consult and collaborate with members of July Perry’s family and the July Perry Foundation while planning the anniversary commemoration.

During Bracy’s comments, Mayor Johnson -- who has a history of insulting racist comments -- demanded to know if Bracy lived in Ocoee. Bracy insisted he did, but Johnson accused Bracy of lying. Speakers at city meetings are not required to give the street address of their home.

For more than a year, Mayor Johnson and a city human-relations committee appointed by Johnson, have hijacked plans for the massacre commemoration.

The mayor’s committee has not consulted or collaborated with descendants of the massacre victims. The city’s committee wants to trivialize this solemn commemoration.

Bill Maxwell, a black man who heads that committee, publicly said he didn’t know how to contact descendants even though they were sitting in the same meeting. Maxwell is an ally of Mayor Johnson.

Even though 2 black men have been elected to the Ocoee City Commission, Mayor Johnson has a history of making rude and racist comments to black people during commission meetings.

The 100th anniversary of the massacre is fewer than 3 months from now, but the city has not selected a date for the commemoration, nor has it established a budget for the event. Meanwhile the city blocked a local community group from getting access to city facilities to hold the commemoration.