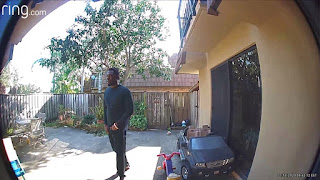 Seven months later Mr. Adolphe’s family and the lawyers representing them are still waiting to see body cam video and other investigative files involved in the case. The officers who opened fire were identified by OPD as Ben Chisari and Jeffrey Madison. MappingPoliceViolence.org ranks Metro Orlando as having one of the worst records for police brutality.

At the time of the shooting, Orlando Police Chief Orlando Rolon said Mr. Adolphe was driving a stolen car that cops tried to stop. He said Mr. Adolphe sped away from officers to the Summerfield apartment complex where he jumped out and fled on foot. During that foot chase at least 2 cops fired mortally wounding Mr. Adolphe.

Releasing the body cam video could answer many questions.

Why hasn’t OPD done so?

In a commentary published this summer in the Orlando Sentinel after the George Floyd killing in Minneapolis, Orlando Chief Rolon wrote that OPD was dedicated to “build community trust through transparency.”

Chief Rolon wrote that commentary while OPD was stonewalling on Mr. Adolphe’s video.

Where is the transparency in Mr. Adolphe’s case?

Many people have good reasons not to trust police. On Tuesday, for example it was revealed that police and other officials in Rochester, N.Y. -- right up to the mayor’s office -- schemed and stonewalled for months to keep the public from learning how police brutality led to the March death of Daniel Prude, a black man who suffered a mental health crisis.

In that letter, attorney Carlus Haynes wrote: “We have conducted preliminary investigation and have discovered that independent witnesses saw Mr. Adolphe running away before he was shot. More importantly, the witnesses also saw that Mr. Adolphe was subsequently shot while on the ground. We are not jumping to any conclusions, and neither is the family, but the family needs answers in order to move past this horrific event.”

David Margolis, chief assistant city attorney for Orlando responded: “As with most of our officer involved shootings, this event is being investigated externally and independently by the Florida Department of Law Enforcement. FDLE indicated that they recently submitted their reports and findings to the State Attorney’s Office.”

Three months have passed since the city responded to Mr. Haynes’ request and the video and reports still have not be released.

There is no reason the video could not have been released months ago.

Salaythis Melvin, another 22-year-old black man was shot in the back and killed by Orange County deputies on Aug. 7th. Some videos of that tragedy were released by OCSO 11 days later.

If the sheriff’s office can release critical videos quickly, why can’t OPD?

As of Sept. 15, Mr. Adolphe’s family and lawyers are still waiting to see video of the OPD shooting that occurred 7 months ago.