The Orlando Police Department blindsided the mother of the man who was found hanging in Barker Park last week.

Sharonda James thought she was going to a private meeting on Monday (10/12) with Orlando Police Chief Orlando Rolon to learn how police reached the conclusion that her son -- Nevan Baker -- committed suicide. 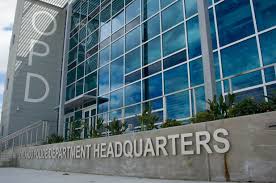 Instead she was ushered into a police headquarters auditorium with almost 20 other people -- including elected officials, black preachers, and others.

Local activist Miles Mulrain Jr., who accompanied the mother to the meeting, discussed the situation Tuesday morning (10/13) during a news conference organized by activists to discuss the troubling case.

Mulrain said the mother asked him to come to the meeting with her. Initially police officials tried to prevent Mulrain from entering. Eventually they relented and he was allowed in. (See video of Mulrain describing what happened.)

Mulrain said the mother and her family didn’t know the people police invited to attend the meeting.

He said the situation was awkward and upsetting because the people assembled didn’t know Nevan Baker. The first time they saw him was during the police headquarters meeting when officials showed pictures from the Barker Park where the body was found, and from the Medical Examiner’s Office.

None of those people police invited previously visited the family to offer condolences. Clearly police officials invited the audience to persuade the mother to accept the police narrative that her son killed himself. Late Monday OPD tweeted a message that “the case remains open.”

Mulrain said he and Ms. James left the meeting with more questions than answers about how Nevan Baker died.