Environmental racism is endangering the health and safety of people who live and work in Orlando’s predominantly black Tangelo Park community. 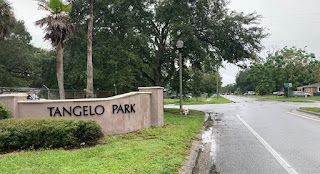 Lockheed Martin, formerly known as Martin Marietta, has been manufacturing aircraft, aerospace and defense products at that sprawling Sand Lake Road plant for decades. Lockheed Martin is one of Orlando’s major employers.

Powerhouse Orlando law firm Morgan & Morgan accused Lockheed of mishandling dangerous toxic chemicals used it its products and those substances have caused a range of severe sicknesses in people living and working in the area.

It’s noteworthy that some people working at NBC’s Golf Channel broadcast network, based in Tangelo Park, have also complained about illnesses that are believed linked to chemicals used by Lockheed.

Throughout the nation millions of black people live in communities that have been polluted with toxic waste and that has resulted in a variety of deaths, cancers and other sicknesses.  Frequently this happens because many black communities lack the political juice to keep companies with dangerous products out of their neighborhood. This is problem, known as environmental racism, has been widely reported in the news media and is the subject of a report you can read by clicking here.

There are two federally designated Super Fund sites downtown in Orlando historically black Parramore community. Super Fund sites are the location of the most toxic and dangerous locations in the country. It usually requires tens of millions of dollars to remove pollutants from those sites.